Te Rūnanga o Ngāti Awa have filed proceedings in the Court of Appeal challenging certain factual findings of the High Court to grant customary marine title to the hapū of Te Whakatōhea which extends into the rohe of Ngāti Awa.

The area that is being challenged is between a point in Ōhope that Ngāti Awa refer to as Toatoa to the mouth of the Ōhiwa Harbour.  The evidence of our Ngati Awa pūkenga, Tā Hirini Moko Mead, Dr Joe Mason and Dr Te Kei Merito is that the customary interests of Te Whakatōhea and Ngāti Awa converge at Ōhiwa Harbour, not Te Toatoa (or the point that Te Whakatōhea call Maraetōtara) in Ōhope.

The contested area, and our appeal, is discrete but of significant importance to Ngāti Awa.

Ngāti Awa otherwise celebrates the landmark decision of the High Court which has placed tikanga at the forefront of its interpretation of the Marine and Coastal Area (Takutai Moana) Act 2011 and also awarded customary marine title to Ngāti Awa, jointly with Te Whakatōhea, in Ōhiwa Harbour. 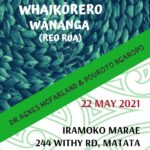 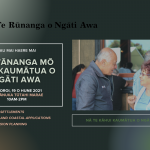