A seven-day rāhui has been put in place following the death of a man who was diving at Moutohora Island today.

Mr Harawira says the man’s death at this time of the year is particularly sad and he sends his condolences to the family on behalf of the Rūnanga.

“Christmas is all about celebrating with family and friends, and now this man’s whānau will be spending this time grieving for him rather than sharing the festivities with him. They will be in our thoughts as they face this sad time.”

He says the decision to implement a rahui was made in partnership with Te Tapatoru a Toi chairman, Te Kei Merito. Te Tapatoru a Toi is the joint management committee that was established with representation from Ngāti Awa, the Crown and the community to take care of Moutohora, Ohope Scenic Reserve and Tauwhare Pā.

The rāhui imposed does not include the Rurima Islands. 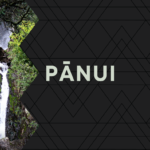