Ngāti Awa Iwi and hapū leaders, kaumātua and rangatahi have united at the High Court in Rotorua today to fight a proposal by Creswell New Zealand Limited (Creswell), to extract 1.1 billion litres of water per year from the Awaiti Canal Aquifer in Otakiri for water bottling. Ngāti Awa is progressing this appeal through Te Rūnanga o Ngāti Awa.

Creswell is a subsidiary of Chinese soft drinks giant Ngonfu Spring, headquartered in Hangzhou, China. Otakiri is a small rural settlement a short distance from Whakatāne and within the Ngāti Awa rohe.

Ngāti Awa first opposed the Creswell proposal in 2018, concerned that the proposal would have irrevocable and negative effects on te mauri o te wai, and that Ngāti Awa would not be able to carry out their roles as kaitiaki for a resource once it has been removed. This argument was summed up by Ngāti Awa pukenga and former Rūnanga Chair Dr. Hohepa Mason when he described it as: “too much water, to be sold, too far away”.

Leonie Simpson, Manahautū (CEO), Te Rūnanga o Ngāti Awa says: “He taonga te wai – water is an inherited treasure. Once it has been removed from our rohe our wai will never return. As kaitiaki and mana whenua we have a responsibility to act when decisions impact the natural resources within our rohe.

“In relation to the Creswell proposal this amounts to excessive amounts of our taonga being exported offshore and the impact this has on te mauri o te wai and our ability to be kaitiaki.

“We are also concerned about the wider allocation of freshwater rights in Aotearoa. Many of these consents are historical and are being bought up by investors all over New Zealand, who are simply attracted by the very high profits they can make. Allocation just keeps moving without any qualitative assessment on whether this is an appropriate use of water.”

“The benefits of the water, and the vast majority of the profits, will be enjoyed overseas. We cannot stand by and allow this project to progress unimpeded to the denigration of te mauri o te wai and our role as kaitiaki.”

The Creswell proposal includes plans to develop a manufacturing plant on site in Otakiri with the capacity to produce 1,800 single use plastic bottles per minute. Much of the water is destined to be exported to China, where artisanal New Zealand spring water sells at a premium.

Ngāti Awa are also concerned about water quality within their rohe. Residents of Whakatāne drink water with an E rating, the lowest acceptable level for human consumption in New Zealand, while residents living in Murupara and Kawerau also suffer from a poor-quality drinking water[1]

Ngāti Awa are determined that the views of New Zealanders who are overwhelmingly opposed to water bottling for bulk exports are not ignored. They have recently called upon the Whakatāne District Council and the Bay of Plenty Regional Council to back an initiative supporting a moratorium on applications to take water for bulk export and for councils to take a more holistic view of the potential effects of the current industry.

“Successive governments have failed to address the very real issue of water rights in Aotearoa. It is only fair that government work with Iwi and hapū as partners to address the issues of water quality, allocation and broader issues that impact our environment. In a country impacted by severe drought and water shortages it is nothing short of negligent to give this taonga away.

“To allow this project to progress will be a terrible mistake and not lead to positive outcomes for our mokopuna (future generations).” added Leonie Simpson.

For more information or to arrange an interview please contact:

Ngāti Awa are the descendants of Te Tini o Toi, the original inhabitants of the Eastern Bay of Plenty region, and the people who arrived on the Mataatua waka. Today Ngāti Awa represent 22 hapū and have 19 marae. For more information please visit the website: https://ngatiawa.iwi.nz/

Nongfu Spring is China’s largest supplier of packaged water and ranks as one of the top 20 beverage companies in China. They were founded in 1996 and are headquartered in Hangzhou, Zheijang Province, China. Creswell New Zealand Limited are a subsidiary of Nongfu Spring. For more information please visit the website: https://www.nongfuspring.com 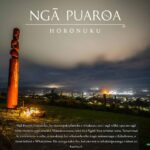