After careful consideration since receiving the Environment Court’s decision on 10 December 2019, Te Rūnanga o Ngāti Awa has today lodged an appeal in the High Court against the Environment Court’s majority decision to allow Creswell NZ Limited to take extract 1.1 billion litres of water per annum for water bottling from the Awaiti aquifer. This aquifer is in the rohe of Ngāti Awa.

In 2018, Te Rūnanga o Ngāti Awa lodged an appeal in the Environment Court opposing the consents granted to Creswell NZ Ltd to extract 1.1 billion litres of water per annum for water bottling.   An appeal hearing was held in May 2019. Our evidence and legal submissions were heard by the Environment Court at Te Mānuka Tūtahi Marae, Whakatāne.

Leonie Simpson, Manahautū (CEO) Te Rūnanga o Ngāti Awa says “We are extremely concerned about the effects on te mauri o te wai, and the ability of Ngāti Awa to exercise kaitiakitanga due to Creswell’s proposed activities. As kaitiaki and tangata whenua we must be included in decisions about our taonga and on issues that affect us in our rohe”.

Te Rūnanga o Ngāti Awa also remains focused on caring for our manuhiri, their families, friends and our staff through the Whakaari tradgedy.

Our communications priority for this High Court appeal is to keep Te Rūnanga o Ngāti Awa Representatives and hapū updated on progress, and we will not be making any further comment at this time. 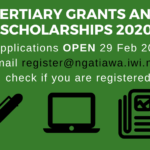